I love attending conferences, workshops, and taking writing classes, and have a feeling that won’t change, no matter how many books I have published. I always take at least a gem or two back with me…and sometimes a whole treasure chest full of sparkling gems I can use to improve my writing and revision skills. Plus, I come home filled with inspiration. And I love spending time with others who love children’s books as much as I do! I’ve made some amazing lifelong friends and critique buddies through these events!

The 2014 SCBWI FL Regional Conference in Miami was fantastic! I have so much info to share with all of you, I’ll break it into two or three posts. I started the conference by taking the Novel Intensive with: 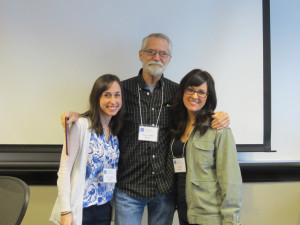 ·         Write the thing that scares you. It usually comes from some raw, painful place and that's where the good stuff comes out.
·         If you write picture books, she would want at least four she could try to sell right away.
·         She’s very editorial.
·         Where you start the story really matters.
·         Don't EVER write to the market!!!!
·         She sees clients with writer ticks...but also idea ticks (for ex. Daddy issues). The goal is with each idea you have, go beyond that. Be stronger and different. You can write within same genre, but make sure you don't have ticks that repeat, like Dad issues, always losing and finding something, etc.
·         Let readers use their imagination instead of using too much stage direction.
·         Jen's job is to know the marketplace, so when writers tell her about the marketplace in a query, it's like they don't think she knows her job. But my book can fit in with __ and __ shows knowledge about the market and where your spot in market will be. Don't use the most popular books for comparisons!
·         She loves animal books.
·         A personal note from an agent is a good sign! They don't have time to send that to everyone. It might be the project/first page/query letter that isn't quite right at the moment.
·         When asked what the current market is like, she said: It’s always a great time for children's literature—but it’s very, very, very competitive.

In the afternoon, Jen Rofé used Richard Peck's sheet—your first chapter is your last chapter in disguise, and we read the beginning of several books, and discussed why it did or didn’t get our attention. What did we learn about the character and the story right up front?
*I think this would be a great exercise to do with other writing friends or your critique group! You could gather several recently published books in the genre/s you write and see how much you learn from the first paragraph or two.

·         Don't think about your audience while you're writing your story. You'll start cheating yourself out of telling the true part of that story, the intimacy, the secrets. Tell your story in most raw, honest way possible. Don't worry about how it'll land—get the story down first!
·         It's dangerous emotionally to write a good book—it reveals your secrets.
·         Chris starts with an event that blows him away. It must be something he really cares about. He wonders ‘what if’ and sees where the story goes. He's usually at chapter eight or nine when he knows the arc/ending. He flails early on and doesn't know what he'll throw in character's way.
·         He didn't know what he was doing at first, but remembered being a kid and he had lots of kids in his life through teaching. He listens to current kid language at school visits, etc.
·         Find the piece that touches all of us. Don't just go into your experience, but step back and make it more universal.
·         Written language goes a long way—limit curses and using typical kid language like 'dude' and 'like'.
·         For critiques--you want people who think story. You don’t want critiquers who only think it's good.
·         Movement helps him work through issues in the book (he thinks about the issues when he’s running or swimming).

·         When reading the beginning of a manuscript, she wants to know the problem and what your hook is (a hook shows readers why they should care).
·         Readers need to see conflict right away—it’s the most important part of novel.
·         The first chapter is so important—her house spends an enormous amount of time on it. You can use the first chapter as a marketing tool and let people read it for free.
·         Relatability of characters is very important—she especially works on this with YA authors.
·         Language is important. How does your character describe the world?
·         High concept books can be explained in one sentence, like an elevator pitch.
·         You can’t just write a book, authors also have to go into schools, etc. It’s important for authors to interact with their audience!

This was just the first day of the conference! I should have another conference post up by the end of the week. I’m already looking forward to the FL SCBWI Workshop in Orlando this summer. It’s on June 6 – 7 at the Swan/Dolphin hotel on Disney property. It’s the perfect excuse for a Disney vacation!
Tags: Jen Rofé, chris crutcher, novel intensive, scbwi, stacy abrams
Subscribe